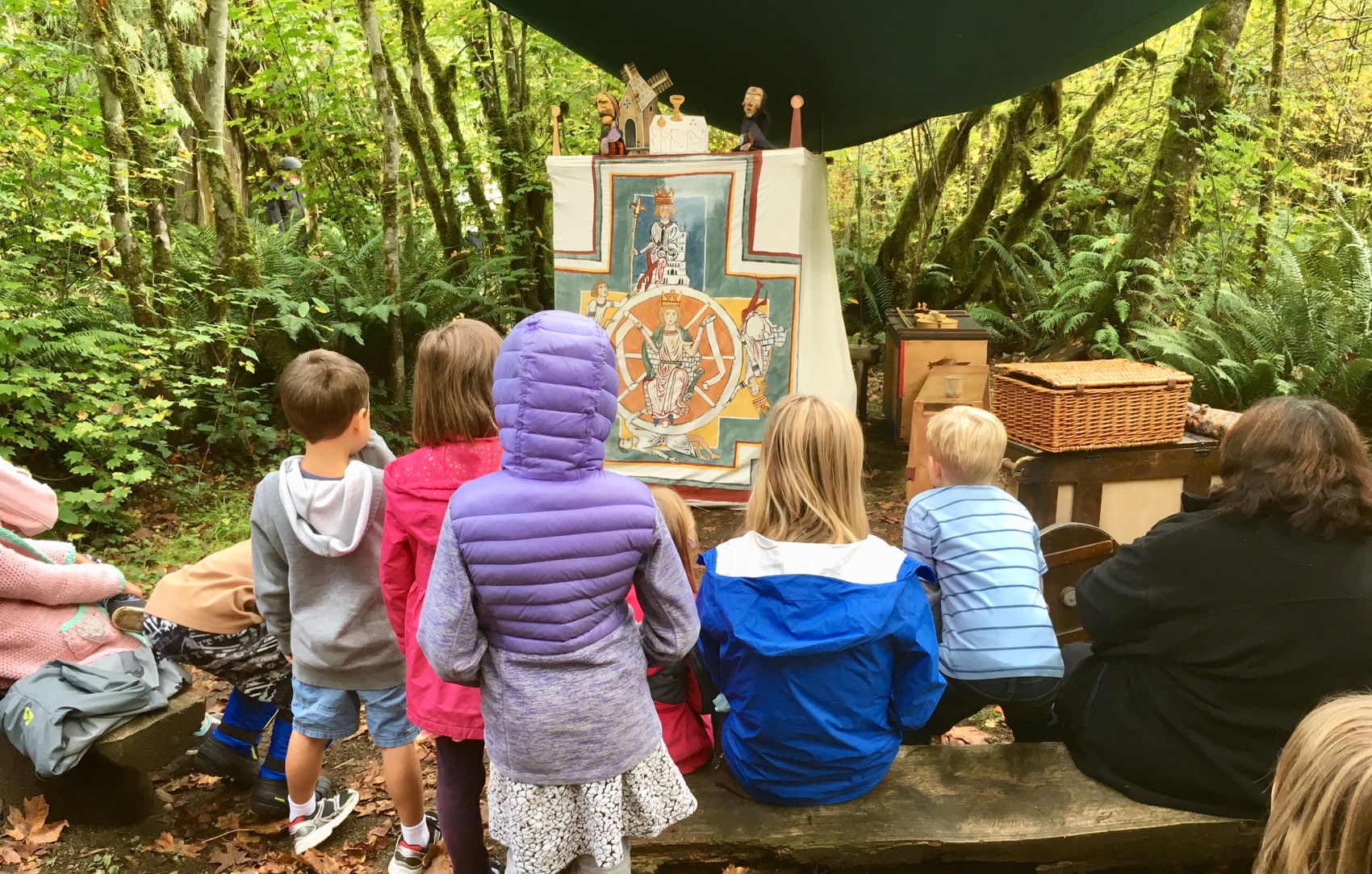 Well, I didn’t see this one coming. Yesterday, Aunt Colleen invited us to a Medieval Village, which was actually in the nearby town of Carnation, as they celebrated the holiday of Michelmasse. How could we say no?

What we found was pretty spectacular. You know those places on the East Coast that are so into the Civil War that they dress up as a character/soldier, and re-create entire battles and days in character, and you can ask them anything you want and they’ll answer it authentically? Well, this is the same thing, except it’s in 14th-century small town of Somerset, England. And it’s a delight to visit, and for the kiddos to explore.